Recommendations for this week: A history of the world in 100 objects written by Neil McGregor, Director of the British Museum. Series: Good omens (Amazon).

Today’s radiographs belong to a 51-year-old man with moderate cough.

Do you see any abnormality?
If so, where? 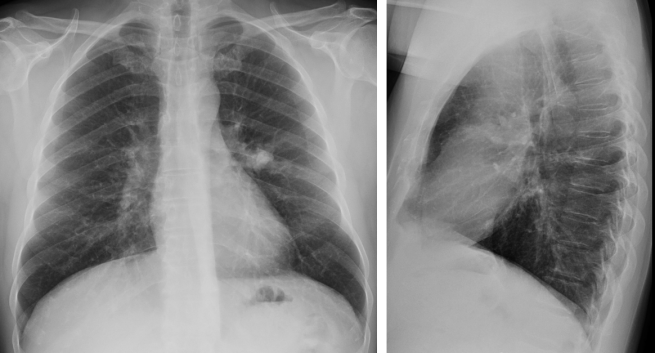