I am starting a new section named “Big little findings”. The aim is to emphasize the importance of discovering subtle findings that should not be missed. They are easily seen if you know what to look for.

showing today a preoperative AP chest of a 93-year-old man who broke his right femur after a fall. 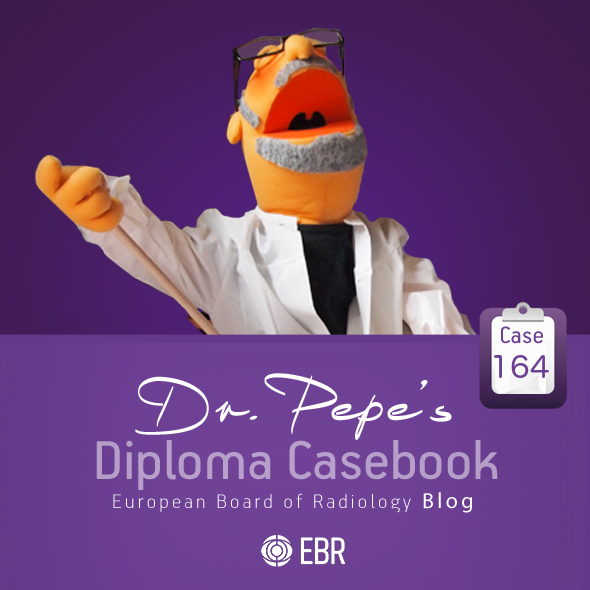 Today I will show a new “Meet the examiner case”, with questions and answers similar to a real presentation. You will get more images on Wednesday and the final answer on Friday.

Images belong to a 49-year-old woman with progressive chest pain and dyspnea. She mentions being hit in the chest with a surfboard three weeks ago.

Dear Friends,
I am back with a new Diploma case. Miss Piggy sends her regards😍 and has helped to choose the case.
Chest radiographs belong to a 74-year-old man with a cough and pain in the chest. 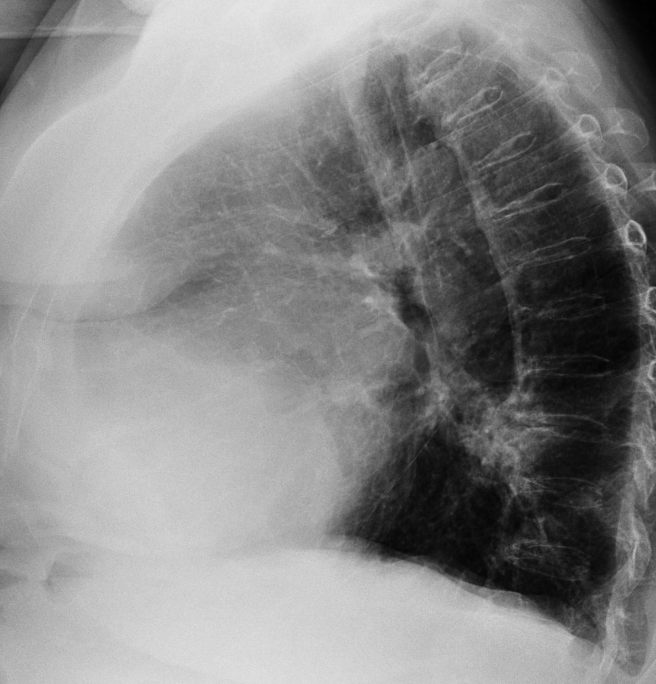 taking advantage of Dr Pepe’s absence I am showing today an unproven case (always wanted to do it!). All relevant images are shown, without comment, looking forward to hear your opinions.
I will share my impressions with you next Friday. Hope we will coincide. We have to wait together until we get the final diagnosis (or not).

Chest radiographs belong to a 66-year-old man with abdominal pain and a history of diverticulitis. The round opacity at the left base led to a review of previous examinations, dating back to 2007. 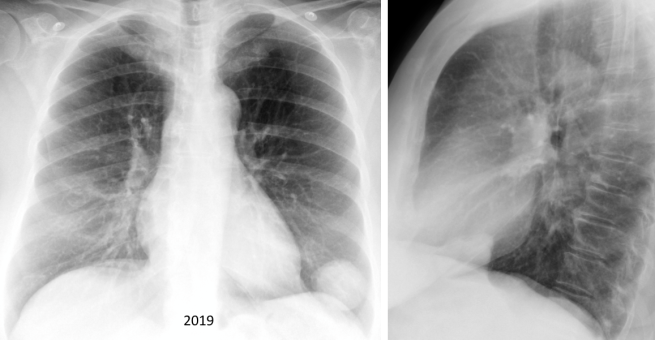 The patient had recurrent episodes of diverticulitis and/or abdominal pain. I am offering several axial CTs in different years to document the evolution of the lesion 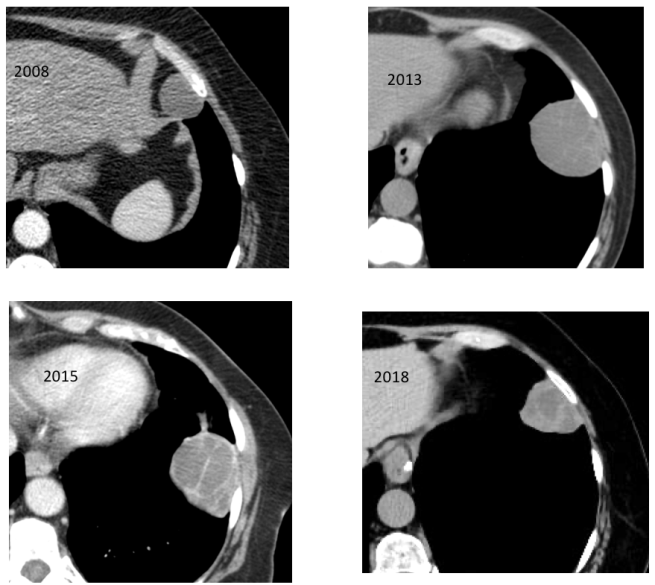 Occasionally the chest was also examined. Showing three samples of sagittal CTs with pulmonary window over a ten years’ period.

The last abdominal CT was taken on August 30, 2020. I have selected the most relevant axial, coronal and sagittal images. 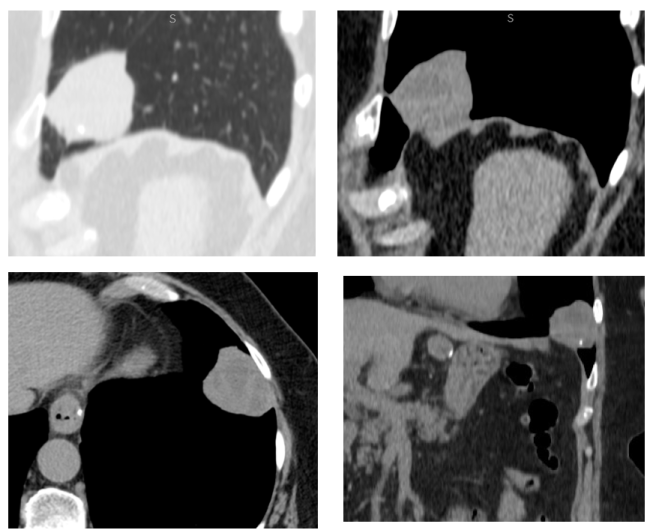 Have you reached a conclusion after reviewing all the images? 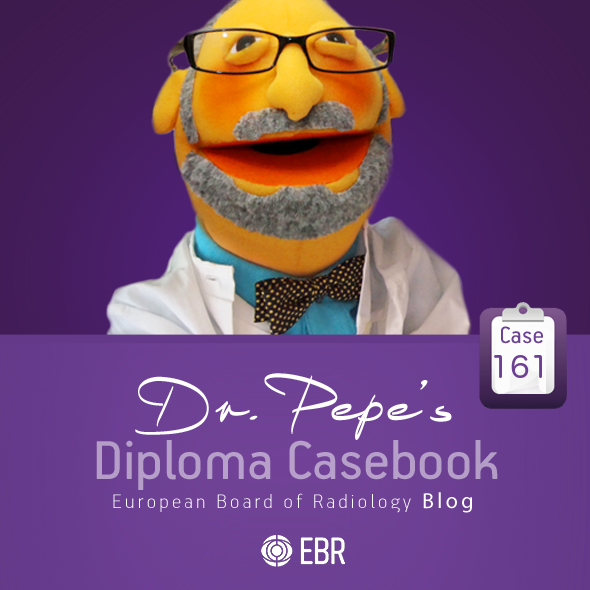 This week’s case follows the pattern of a “Meet the Examiner” presentation, with questions and answers similar to a real examination. Take your time before scrolling down for the answer.

What would you recommend?

Dear friends, I am starting a new webinar series entitled “Things that we already know, but are important to remember”. The objective is to refresh basic concepts that often are forgotten.

This week’s webinar title is “Who is afraid of the bad, big lateral chest”. The webinar will take place on Wednesday, September 30 at 12:00 CEST. You can register here.

The initial case is a PA chest radiograph of a 61-year-old man with hemoptysis.

Register for the webinar and lear more about this case and others! 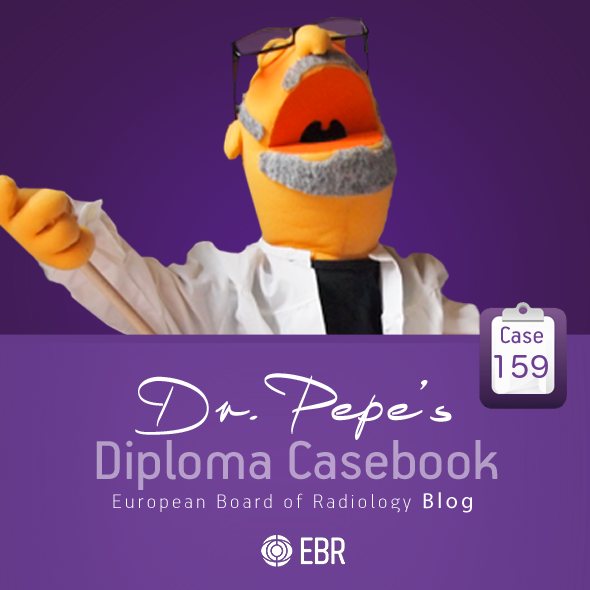 Today I am presenting another “Art of interpretation” case. As I have mentioned before, interpreting a chest radiograph may be a difficult task and analyzing the diagnostic steps helps to a correct evaluation of the findings.

Radiographs belong to a 57-year-old woman with cough and pain in the chest.

Diagnosis:
1. Pulmonary mass
2. Mediastinal mass
3. Pleural mass
4. Any of the above

What do you see? Come back on Friday to see the answer! 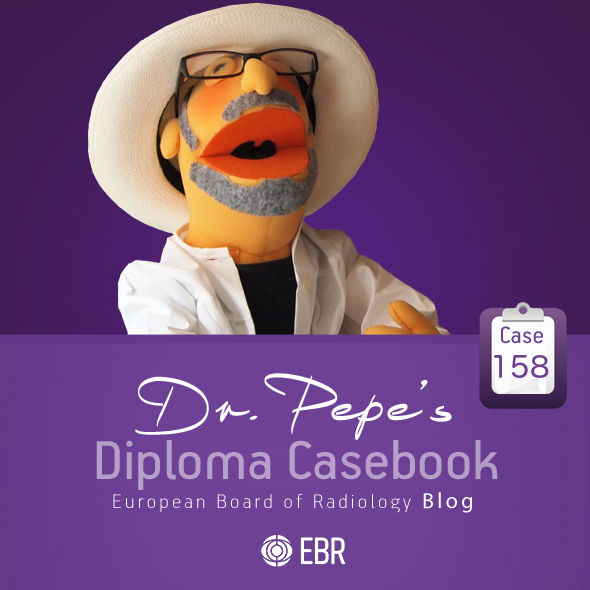 this is the last case of the first semester. Will meet again in September.
Wish all of you a very happy summer vacation!

This is a new “art of interpretation” case. Radiographs belong to a 40-year-old woman with mild cough.

1. Chronic TB changes
2. AV malformation
3. Bronchial atresia
4. Any of the above The leading case of this week’s Diploma has been provided by my good friend Jordi Andreu. Radiographs belong to an asymptomatic 48-year-old woman.

1. Neurogenic tumor
2. Pulmonary hamartoma
3. Pleural fibrous tumor
4. None of the above

What do you think? Come back on Friday to see the answer!